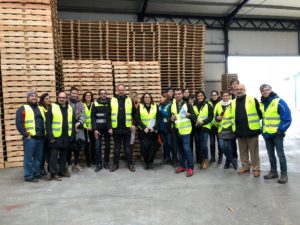 The Biomasud Plus project (no. 691763 of the H2020 program), aims to improve the BIOmasud® quality and sustainability certification system for Mediterranean biomasses, will end on December 31 of this year 2018 and therefore faces the last pending works in the following weeks.

Among the reports and technical studies or activities that have been carried out, we can highlight the following ones:

Although most tasks are completed there are still some important ones as a guide for manufacturers and installers of facilities that consume these Mediterranean solid biofuels to optimize their combustion. These guides are being translated into all project languages.

It is also missing, with the lessons learned in the pilot audits, to carry out a new version of the Biomasud certification manual that will be the definitive version that will be released to the public once the project is finished.

For more information about the BIOmasud® certification or about the Biomasud Plus project, please contact coordinator@biomasudplus.eu